One of my son’s favorite things to do is look up and find the moom.  The full moom among the stars, a half moom in broad daylight, or a delicate crescent moom peeking out over the horizon. And the best part about that most gratifying search is listening to him call it out with wide eyes and pure joy.  I’m already grieving the day he realizes there’s an N at the end of that word.  It’s what makes him him in this awfully amazing and painfully fleeting moment in time. 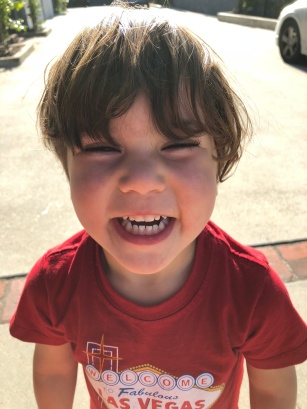 Milestones have a funny way of sneaking up and catching us in a tailspin.  They have a simplistic way of pretending to be black and white, and they have an uncomfortable way of making us parents discuss them as “standards.”  And when our babies are born, we do everything to follow their every move, every leap, every moment, every breath in and every breath out.  We check off those milestone boxes as the months come and go, and as they grow we are as thrilled for them, as we are misty-eyed for the time ticking by.  But one thing I’ve learned with my son, nearly three, is that while we hang on to these “milestones,” we can miss those little things, the mini, ultra-personal milestones that make our children ours.

My daughter just took her first steps, and my son is one long short month away from starting preschool.  With all these changes, I suddenly feel caught in an overwhelming period of transition.  The time is flying, and I can tell it’s just about to get crazier.  But here in Toddlerville, we get no calm before the storm.  No time to let it sink in or soak it all up, it’s just one moment to the next.  So here we are weathering the storm, gearing up for the next big wave, and catching those little moments where we can… and I suddenly have that acute awareness that just as each milestone reached means a first, so too it means there will be a last. 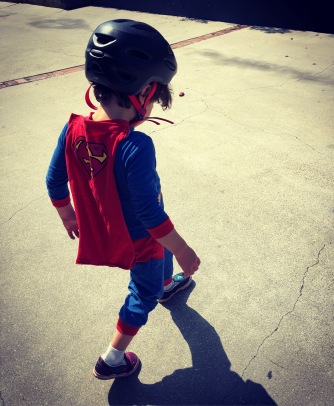 passionate handful, with a heart of gold and a body of steel, who challenges the depths of my maternal instincts, and the boundaries of my limits on a daily (sometimes hourly) basis.  His screams are a rich as his kisses & hugs, and his ability to love is as strong as his ability to (quite literally) become the devil.  He’s the kid who who made me a mother, who has made me a stronger person, and who is constantly teaching me all the layers of the job.  My darling boy has never once, since the moment of his birth, made us question his strength, his physical nature, his boyish charm or his testosterone-fueled instincts.  We have checked those boxes like clockwork, and we celebrated and cried each time a new month turned old.

But as 12 months became 18, and neared 24, we began wondering when the talking part was going to happen.  The kid rarely left us guessing, and in truth, his communication skills have never been lacking.  When he didn’t have the words, his world became one big game of charades, and just like any parent, we learned his language better than anyone.  But while there was never anything alarming about his (very slight) speech delay, by the time he was 2, we were so very ready for our communication to become more than “doo-dah” and “wah-dee,” or a series of points and gestures.  Everyone kept telling us that one day his language would simply explode, and for months we would wake up wondering if today would be the day.  Until one day it actually was.

Now, I don’t know what I thought a toddler language explosion looked like, but I don’t think I expected it to be as fun as it actually is.  I think I actually imagined he would go to bed one night, dream up the knowledge of language, and wake up speaking in clear and succinct sentences.  I pretty much pictured mini-explosions in the synapses of his brain making way for the sudden onset of perfect diction and articulation.  I somehow 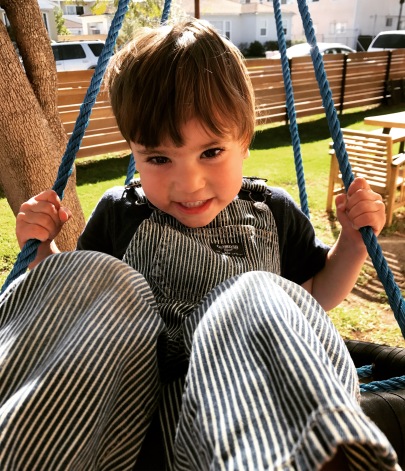 imagined my 2 year old would turn 7 overnight.  Well, that’s not what happened.  But looking back, almost a year later, he has grown so much and I don’t even remember how it all started.  I remember tracking his word count, and trying to differentiate between those words only I could understand, and those he could say without the use of a translator.  It wasn’t really stressful, but it did become a mentally consuming part of the way I looked at and interacted with him.  Then slowly, but surely, he began to shift.  Certain words he had would become clear overnight, and some he would simply repeat on the spot because he figured out how to make those connections.  And then he started asking us what certain things were so he could make a mental note, and say it on his own a few days later.  Perhaps the most fun part, however, has been watching him form sentences in his mind, as he says the words.  Constantly thinking and focusing on just the right word and how to pronounce it.  Of course, his articulation may still leaves room for imagination, but he has come leaps and bounds from the moment one year ago when we actually considered the need for speech therapy (which we never actually did).

But now that he’s essentially 3, about to start preschool, and has very few (if any) “baby” milestones ahead of him, I find myself holding on to the way he speaks as part of what makes him so uniquely him right now, and reminds me in the sweetest of ways that, as much as he would argue this point, he is still very much a little boy.

I think as parents we all go through those periods where we hope things will just speed up… let’s get to the part where they sleep through the night, let’s get to the part where they walk and talk, let’s get to the part where they can play ball, or stay home alone, or just make it through the day without a meltdown.  And for as hard as parenting is, all those feelings are completely real, fair and valid.  But it’s a shame to wish for the future, just to wish for the past once it’s already gone.  I think a lot of parents resent the saying “this too shall pass,” and I very much understand this when used to talk a mama down from a moment of despair, frustration or loneliness.  We all have to go through it, and it’s a learning curve to accept the best intentions of our mama community and those words of encouragement.  But just as those moments of hardship “shall pass,” so will those moments of pure, innocent newness and childhood; those moments of growth and development that we, as their parents, have the distinct privilege of knowing. 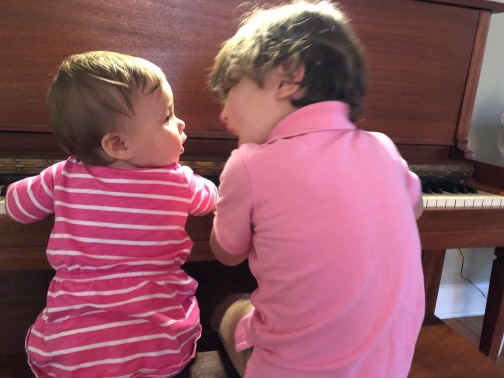 I don’t know, perhaps it took having a second child to see things from a new lens – time (even the sleepless nights) definitely became much sweeter since my daughter was born.  I think I understand more clearly now how temporary it all is.  And while sometimes all I want is a new day, and a chance to start fresh, I’m not always ready for what a new day really means.  A new day could be the difference between crawling and walking, wanting mama and wanting no help at all, the age they are today, and the age they are tomorrow.  I love watching my kids grow up, but I never want to forget the tidbits of their childhood that make me want to squeeze the cuteness right from their bodies.

So for now, each time we look at the sky, I’ll pray that my boy will say MOOM just one more time.

Join 37 other followers
Follow The Juggle Struggle on WordPress.com